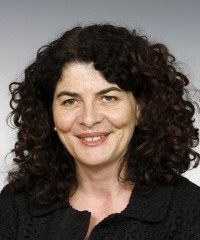 Diana Johnson is the Labour MP for Hull North. On 13 March 2017 she tabled the Reproductive Health (Access to Terminations) Bill to decriminalise abortion in England and Wales up to 24 weeks. This was the first bill in 50 years to improve our abortion law and it was passed by 172 votes to 142.  You can watch her incredible House of Commons speech here, and read her piece explaining why she proposed this bill here.

This weekend, it emerged that the government has awarded the anti-abortion organisation Life a grant of £250,000 from the so-called Tampon Tax Fund – a fund which was supposedly ring-fenced for charities that work to improve the lives of vulnerable women and girls. Life, who received one of the largest grants from the fund, is a group that actively campaigns to end women’s access to legal abortion, whose unregulated counselling services have been found to be misinforming women, and which has described abortion in cases of rape as a “death sentence”. You can email the government to ask that they review the grant here: it takes just one minute.

On 13th March, the first bill in 50 years to improve our abortion law was passed in the House of Commons. Labour MP Diana Johnson tabled the Reproductive Health (Access to Terminations) Bill, which proposed the decriminalisation of abortion in England and Wales up to 24 weeks.

The law must be overhauled if we are to protect women from harsh criminal penalties and achieve a standard of abortion care fit for women in the twenty first century – as evidenced by this recent study from the University of Kent. By voting in favour of the bill, MPs in Westminster sent a strong message that they agree.

The bill in its current form cannot progress because the present parliamentary session is coming to an end. However, we will continue to champion the case for progressive abortion law reform in the next session.

According to a recent survey conducted in the USA, 52 percent of men said that they have not benefited from women having affordable birth control. This is quite frankly baffling. As the brilliant Rebecca Reid argued in her take down of the results, contraception has played a key role in the progress we have made towards gender equality, enabling women to remain in the workforce and in education if they so choose – contraception is “in short, a miracle.” It is astonishing that so many men do not recognise that.

On International Women’s Day, police in Northern Ireland carried out a series of raids in search for illegal abortion pills. According to the Independent, the raids took place at activists’ homes and workplaces while they were attending a pro-choice rally. The police crackdown on abortion pills – which have been deemed safe by the World Health Organization but are still illegal in Northern Ireland – is deeply troubling. Bpas, alongside a coalition of other charities, has been granted permission to intervene in the ongoing prosecution of a mother who bought abortion pills for her young daughter. We will of course keep you updated on the outcome of this case.

Champion of Choice in the news

Diane Munday, a life-long campaigner for abortion rights, has given a powerful interview to the Independent about the horrific reality of having an illegal abortion in the 1960s. You can read her story here.

This month we nominate Diana Johnson, Labour MP for Hull North, for her Reproductive Health (Access to Terminations) Bill to decriminalise abortion. You can watch her incredible House of Commons speech here, and read her piece explaining why she proposed this bill here