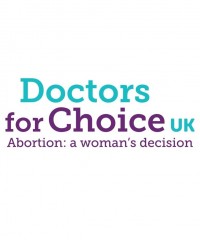 Doctors for Choice UK is a coalition of UK-based doctors supporting and campaigning for the decriminalisation of abortion. They are also working with young clinicians to inspire the next generation of abortion providers.

In the same month we celebrated 100 years of partial female suffrage in the UK, our antiquated abortion law – passed well before women could vote – has been heavily criticised. The Committee on the Elimination of Discrimination against Women (CEDAW) has published a damning report on women’s rights in Northern Ireland, finding that NI’s abortion restrictions are subjecting thousands of women and girls to “grave and systematic violations of rights”. The report recommended the urgent repeal of sections 58-59 of the 1861 Offences Against the Person Act – a law that applies throughout the UK and threatens women who end a pregnancy without legal authorisation with life imprisonment. Our #WeTrustWomen campaign calls for this piece of legislation to be repealed – sign up here for updates.

South of the border, meanwhile, the Republic of Ireland is preparing for a historic referendum abortion. Irish expats are being encouraged to travel #HomeToVote this May to repeal Ireland’s draconian laws, which ban abortion unless a woman’s life is at risk. If you have travelled from the Republic of Ireland for a termination, please tell us about it (anonymously if you prefer) – your testimony will help the campaign for #repeal.

The government consultation on abortion clinic protests has now closed and they are reviewing the evidence. We were overwhelmed by the response – over 1600 people used the Back Off website to tell the Home Office what they think. Meanwhile, 40 Days For Life resumed its “vigils” across the UK on 14 February, which means 40 days of intimidation for our patients and staff. There is compelling evidence these protests cause serious distress: we urge the government to act.

Oxford University Hospitals will not offer caesareans to women on request, even if they have had a traumatic labour in the past. UK charity Birthrights has received testimonies from several women who were denied an elective caesarean, flouting NICE guidelines. We agree with Birthrights that this “denies women the individual respect and consideration they are entitled to”. Women must be given evidence-based information, and their choices must be respected.