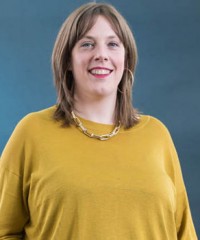 Jess Phillips MP is chair of the Women’s PLP and has tirelessly supported women’s reproductive choices. In July 2017 she coordinated a letter to Boots in support of our campaign for cheaper emergency contraception.

Jacob Rees-Mogg ‘completely opposed’ to abortion in any circumstances

Jacob Rees-Mogg provoked understandable outrage yesterday after stating on Good Morning Britain that he is ‘completely opposed’ to abortion, even in cases of rape. This is of course completely out-of-step with public opinion – 70% of the population, including 61% of Catholics, in Great Britain now support abortion on request – a more liberal framework than we currently have in this country. His extreme stance will come as no surprise to those familiar with his voting record, but to many others ‘the Honourable Member for the 18th Century’ may now seem a little less charming.

We welcomed Boots’ public apology in July for their suggestion that dropping the price of emergency contraception would ‘incentivise inappropriate use’ (a suggestion that caused consternation among MPs and general bemusementamong healthcare professionals). Disappointingly though, Boots were slow to take action to cut the price, instead choosing to use their time and resources to issue two legal warnings to bpas. Their claims that they received ‘personal abuse’ via our online tool grossly misrepresented the messages, which included personal accounts from women who have struggled to afford EC in the past, emails from GPs who advise women when their normal contraception has failed, and messages from pharmacists, one of whom described a woman breaking down in tears upon learning the price of EC.

Boots finally agreed they will provide a more affordable product – but only after we made their legal warnings public. Nevertheless, their decision to join Superdrug, Tesco, Morrisons, Asda, Well and Lloyds in dropping the price is a welcome step. We hope will make a real difference to women – and their wallets – going forward. This isn’t the end of the campaign, however, and we will be in touch with next steps soon.

Bpas has co-hosted an event with the Royal College of Obstetricians and Gynaecologists to draw attention to the obstacles disabled women face in accessing reproductive healthcare services. The intersection between reproductive rights and disability is too often only discussed in relation to cases of fetal anomaly (particularly recently, in light of Lord Shinkwin’s attempts to restrict women’s choices in such circumstances). Consequently disabled women’s access to vital education and healthcare services has been neglected, and the additional barriers they face either in avoiding pregnancy or trying to conceive have not been addressed. Speakers at our one-day conference included artist Alison Lapper, sexual health specialist Dr Jane Dickson, Guardian journalist Dr Frances Ryan and Professor Claire de Than, Chair of the Sexual Health and Disability Alliance. The full conference report is available here.

My Body, My Life: telling real stories of abortion

We were delighted to contribute to the Open University’s My Body, My Lifeproject – a collection of abortion stories from real women in their own words, which are shared online, in a booklet, and as part of a travelling pop-up exhibition. The project encourages women to talk about their experiences, emotions, and decisions, to show others they are not alone and break the silence which still surrounds this most common of gynaecological procedures.

The exhibition takes the form of a pop-up ‘clothes shop’ – pictures on Instagram– and had a successful first run at the Edinburgh Fringe this summer. Future locations include Oxford in November, followed by Belfast and London. To read the collection of stories, watch videos and share your own story, visit mybody-mylife.org.

An anti-choice ‘crisis pregnancy’ centre in Belfast has suggested that women may change their minds when considering an abortion if they smell a baby-scented candle in the waiting room. Stanton Healthcare waxed lyrical about the candle on Facebook, posting:

This frankly ridiculous attempt to manipulate women did not go unnoticed online, with one woman commenting, ‘Do these candles come in the scents of shame, stigma or social isolation?’ Several negative comments were subsequently deleted by the centre. Their waiting rooms may smell lovely, but this new strategy reeks of desperation.

This month we nominate Jess Phillips, chair of the Women’s PLP, for her tireless support of women’s reproductive choices and for coordinating a letter to Boots in support of our campaign for cheaper emergency contraception. Thank you, Jess!